You come to this place, mid-life. You don’t know how you got here, but suddenly you’re staring fifty in the face. When you turn and look back down the years, you glimpse the ghosts of other lives you might have led; all houses are haunted. The wraiths and phantoms creep under your carpets and between the warp and weft of fabric, they lurk in wardrobes and lie flat under drawer-liners.

Hilary Mantel on Turning 50, Giving Up the Ghost

Friendships formed in college and the fleeting years afterward are often the most intimate and intense in womxn’s lives. You’ve shed your high school identity and blossomed into the person you’ve chosen to be. You’re seeking new connections and you have time– time to linger over a second cup of coffee discussing each other’s formative family history, time to travel to Washington together for a march for womxn’s reproductive freedom, time to take a road trip to Mexico or simply binge watch TV. As you grow older together you also share the intensity of reaching the benchmarks of adulthood together: graduating from college and moving out on your own, your first “real” jobs, and weddings— events that hold meaning for the rest of your lives.

As the years pass though, the time and energy you’ve spent building and maintaining these deep friendships is diverted to balancing, sustaining and nurturing careers, marriage, kids and aging parents. Time for old friends is squeezed into your busy schedules through appointments where you spend half the night “catching up.” New friends tend to be made only because they fit within the existing framework—your kids are on a soccer team together, you work in the same office, you are neighbors. It’s harder to develop, nurture and cherish new friends in the same way as those easy, intimate friendships in your early ‘20s.

In short, it’s harder to make close friends in middle age. But somehow we did that. After 17 years in New York City, Eliza, a journalist with a specialization in legal issues, moved with her family to Seattle in 2014. She was lured west by the booming economy and the freedom to pursue adventure that working now as a freelance writer allowed.

Meanwhile, Susan, a once wholesome Midwestern girl, who’d traveled the world, settled in Seattle in 1997 to climb the corporate ladder in the global beer business. Doing it all backward, she left the C-Suite at 35, had a baby, opened a bookstore, got married and discovered she’d been adopted at birth. In that order.

In 2015, we met at a writing workshop at Hugo House where we were assigned to be partners. In reading each other’s fiction, we became smitten. Sharing our writing was an act of intimacy and we quickly bonded over it.

We were lucky to find each other as the crises brought on by parenting young children were waning and our independent-minded kids allowed us more time to ourselves. We took walks with Eliza’s crazy dog in the arboretum. We met over coffee, pastries and wine and gave each other feedback about our writing long after the Hugo House class ended. Susan connected to Eliza’s daughter by helping form a book club for her and her new friends.  It was from our friendship, conceived at this pivotal point in both our lives that the concept of Hot Flash Fiction was born.

We want to create a space where our voices could be heard and so could the voices of other womxn whose life experiences have been cast and polished into wisdom—the fertile soil of great fiction. We offer Hot Flash Fiction as an outlet for writing by womxn of a certain age, for womxn of a certain age or of interest to womxn of a certain age. Hot Flash Fiction publishes all kinds of writing including made up stories and other versions of the truth. While there is a broad theme to the writing we’re looking to publish, we hope to attract a diverse range of voices on a plentitude of topics in both flash and longform. Please share your stories with us.

Please send any questions or comments to us at editors@hotflashfiction.com. 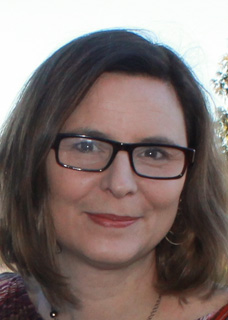 Growing up in a one stoplight town in New Jersey, Eliza Amon longed to explore the wider world she read about in novels. After high school, Eliza travelled to the Soviet Union with a youth peace group, bartended in Paris, hitchhiked throughout Italy and studied Yoruba religion in Nigeria. She received a B.A. from Oberlin College and M.A. in creative writing from City College.

After college, Eliza lived in San Francisco and New Orleans before landing a Fulbright Scholarship and moving to Carthage, Tunisia. After returning from a year in North Africa, she spent 18 years in New York, working as a journalist, focused on legal stories for The National Law Journal and The American Lawyer and Bloomberg News. Eliza’s writing has also been published in The New York Times, Harper’s Magazine as well as art and literary publications Nozone and The Reading Room.

She was recently a grand prize winner in the New Millennium Writing contest for fiction, for the first chapter of her novel, “High Dive.” She was a finalist in the Pacific Northwest Writer’s Contest and the William Faulkner Writing Contest. She has also been awarded a Fulbright Scholarship and a Soros Fellowship for her writing.

Eliza recently moved to Seattle with her husband and daughter, where she is thrilled to discover new adventures in the Pacific Northwest. 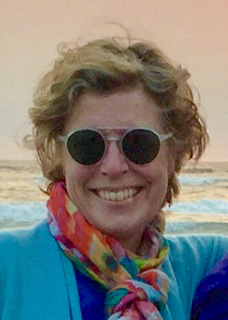 Susan graduated with a Masters in International Management from AGSIM-Thunderbird Campus and had the good fortune to be offered a position in international sales for a French company selling malt to breweries around the world. Fifteen years traveling the continents on an expense account with frequent stops in places like Saigon, Cape Town, Lille or Bogota gave her a treasured perspective both on the world…and on the opportunities she might find in it. Looking back, she was a little presumptuous about how many such golden tickets she’d get in her career–but at the time, she was on top of the world.

In 2000, pregnant and single–and relatively happy about both conditions–she left the corporate world–turns out, temporarily. Soon thereafter, she and a business partner opened a family bookstore in West Seattle called Hullabaloo Books. Fulfilling as it was for their literary and community-building interests, bookselling was a very meager living; they said a sad farewell to the shop in 2005. Susan, newly-married, returned to the business of beer, traveling less but still plenty, while her sons grew up and her husband kept the house running when work called her away. Ten years later, she took a leap from multinational corporation to northwest start-up, serving as Vice President of Sales and Marketing for a disruptive technology malted grains company.

Susan often attempts to solve her problems in third person, creating fictionalized versions of herself and the main characters in her life–mostly in her head and occasionally on paper. Decades ago, a short-lived fling with an encouraging Swedish movie producer prompted her to write her first (and so far, only) screenplay, Five Photos. She recently left the business world again, this time maybe for good, and is determined to pursue her interests in all forms of writing. She is currently working on publishing her debut novel, A Thread So Fine.